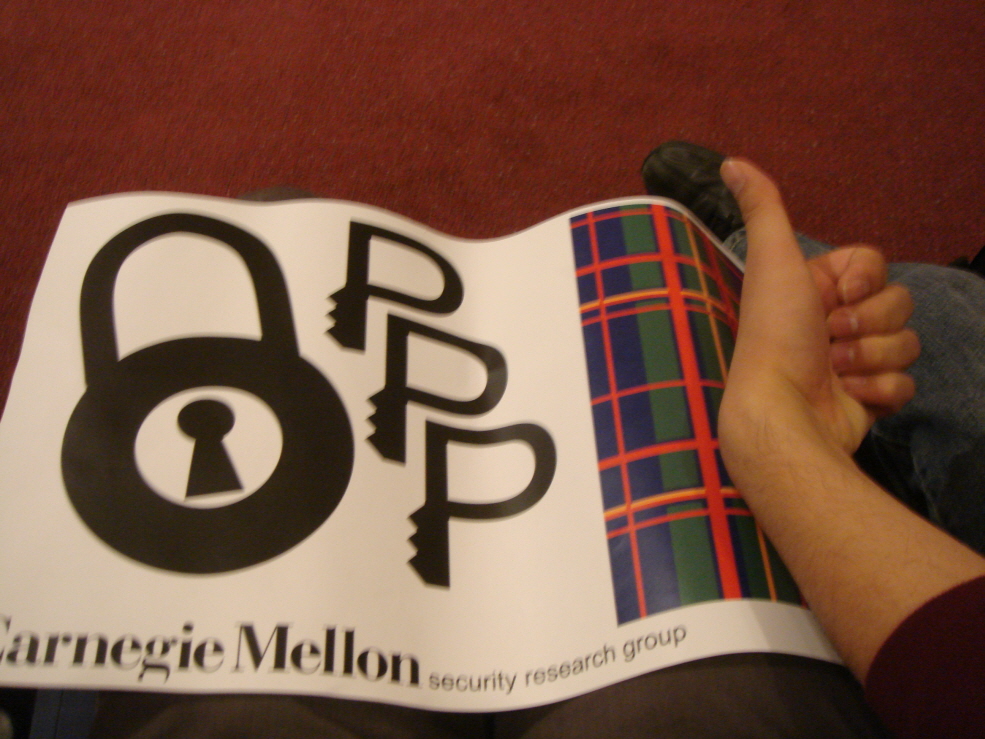 We met a LOT of people who are very passionate about security.
To be honest, I expected to see little bit dorky/geeky + dry people there.
But, I gotta say, they were really cool, funny and geeky AT THE SAME TIME :p

Anyways, the event we participated this year was Capture The Flag (CTF).
It was basically only on solving problems, instead of having attack/defense network :)

To illustrate, we had three big categories and one problem for each:

Since the competition started little late, we didn’t have enough time. So, we couldn’t fully finish the problems by the time that it was over. We just sent whatever we had. (shellcode + analysis on driver) Yeah. We really thought we lost the competition so badly.

I thank everyone who prepared and participated CSAW 2009.

Here’s some pictures I took before/during/after the competition: 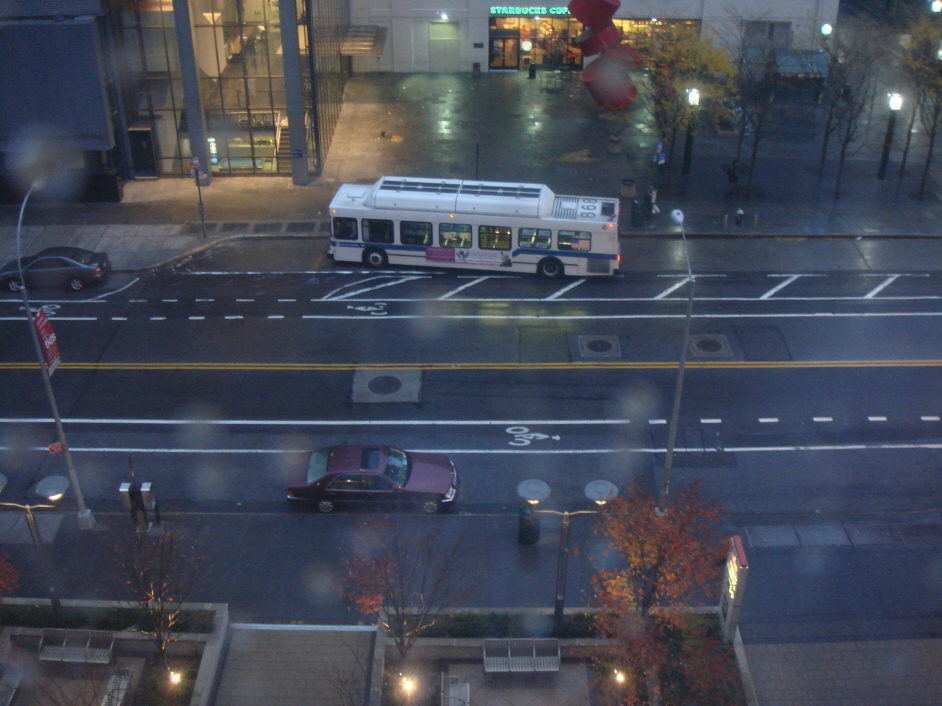 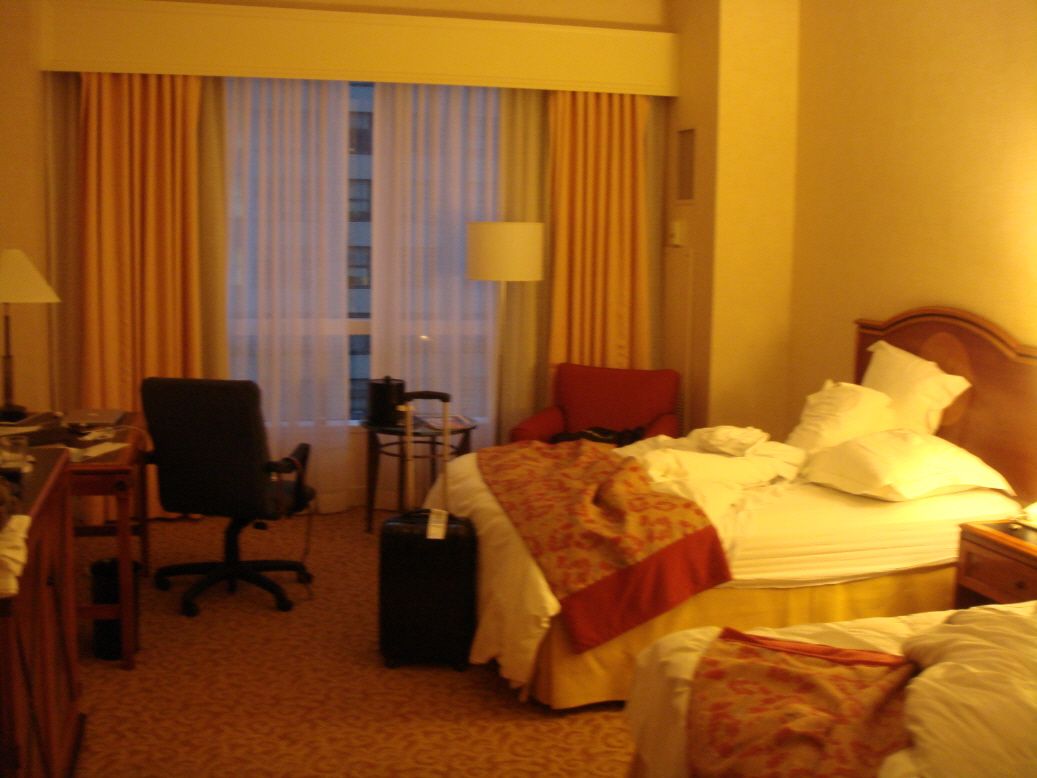 But the hotel was sweet.. 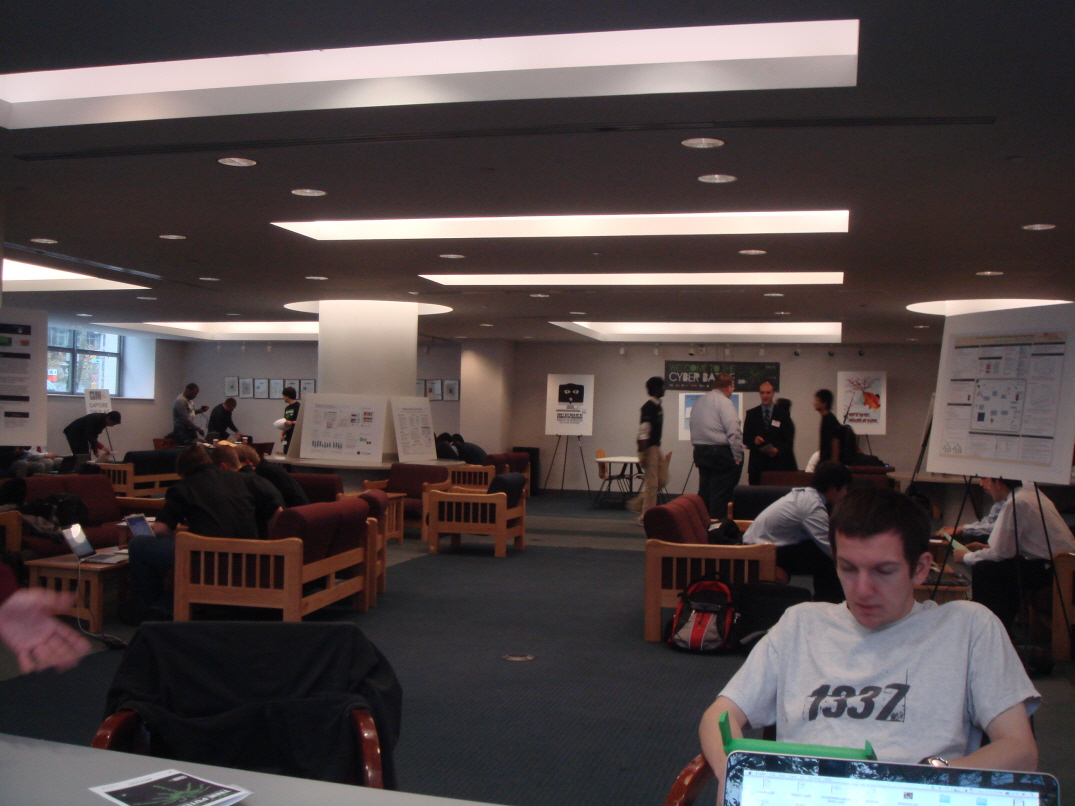 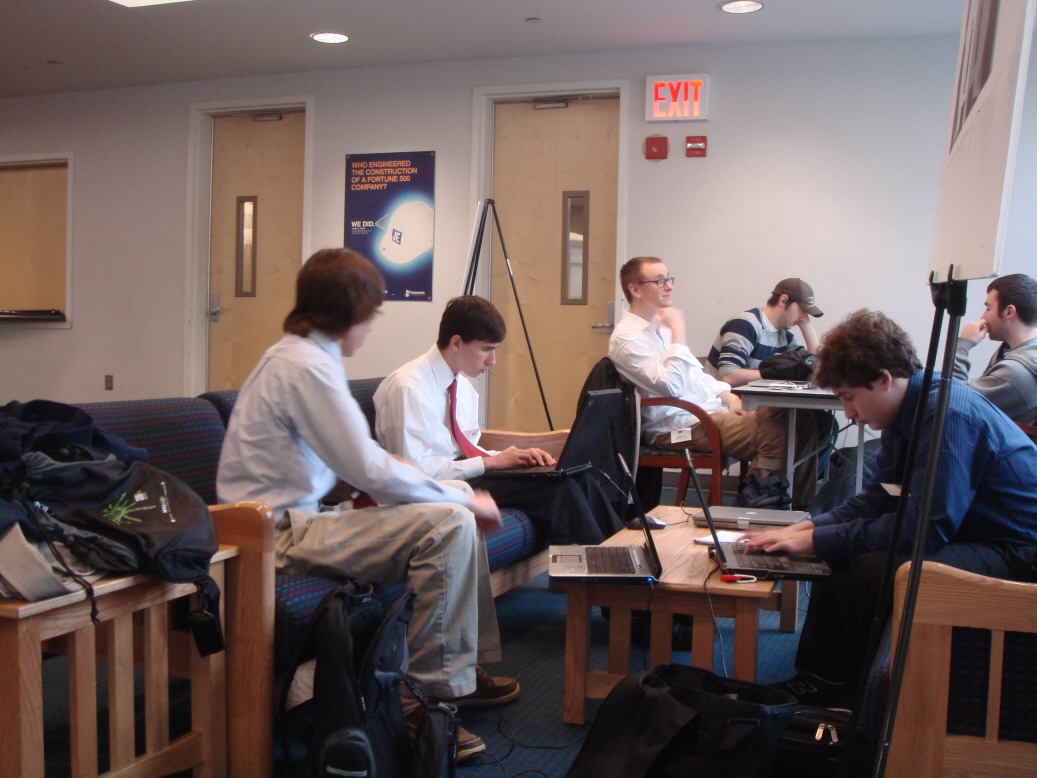 After the competition is over, we had a lunch where all the sponsors of CSAW did presentation for recruiting: 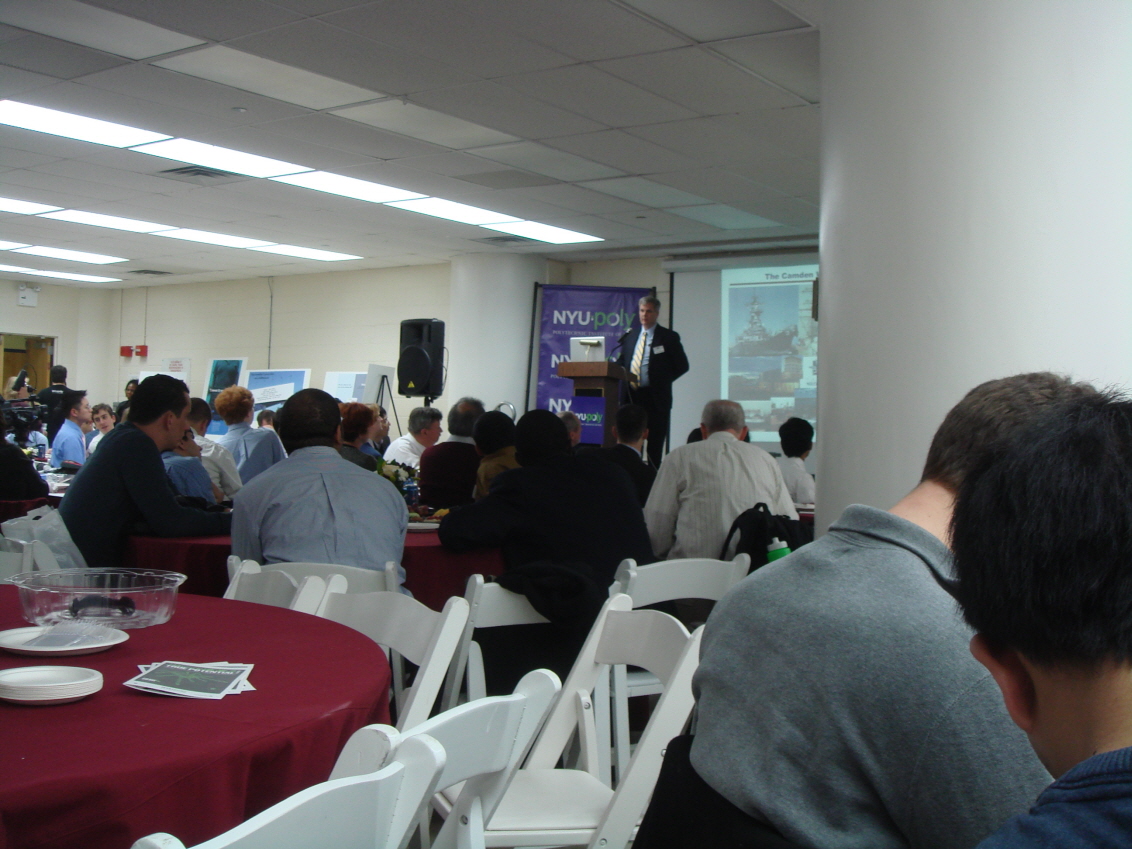 Then, we met Tyler’s friends in Brooklyn: 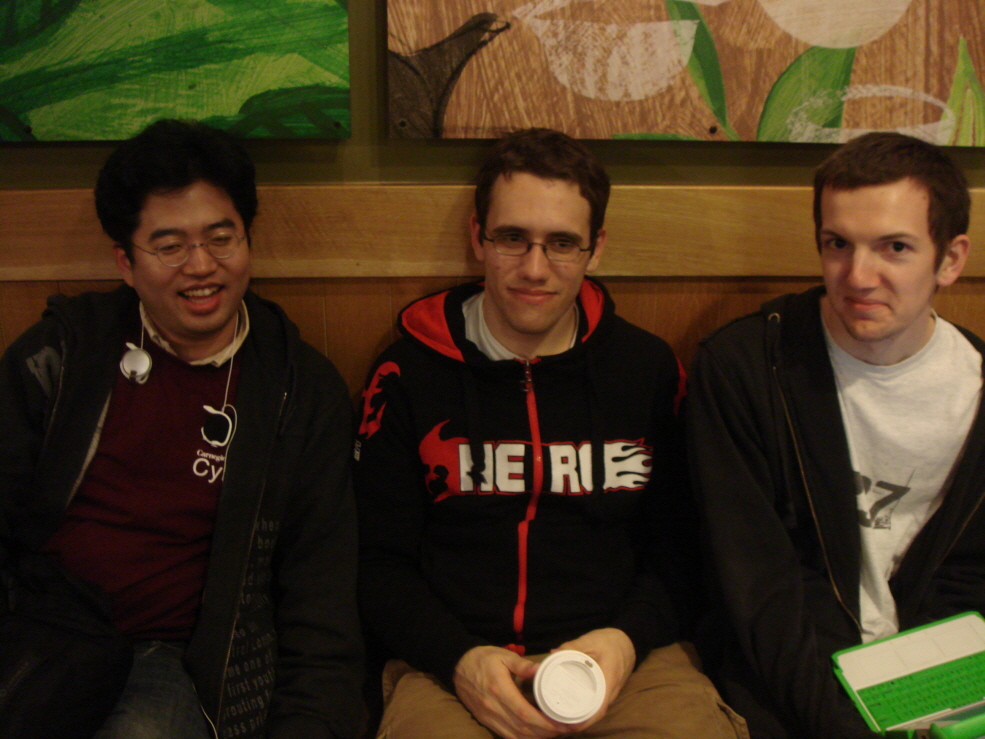 And we went to Japanese Ramen Place: 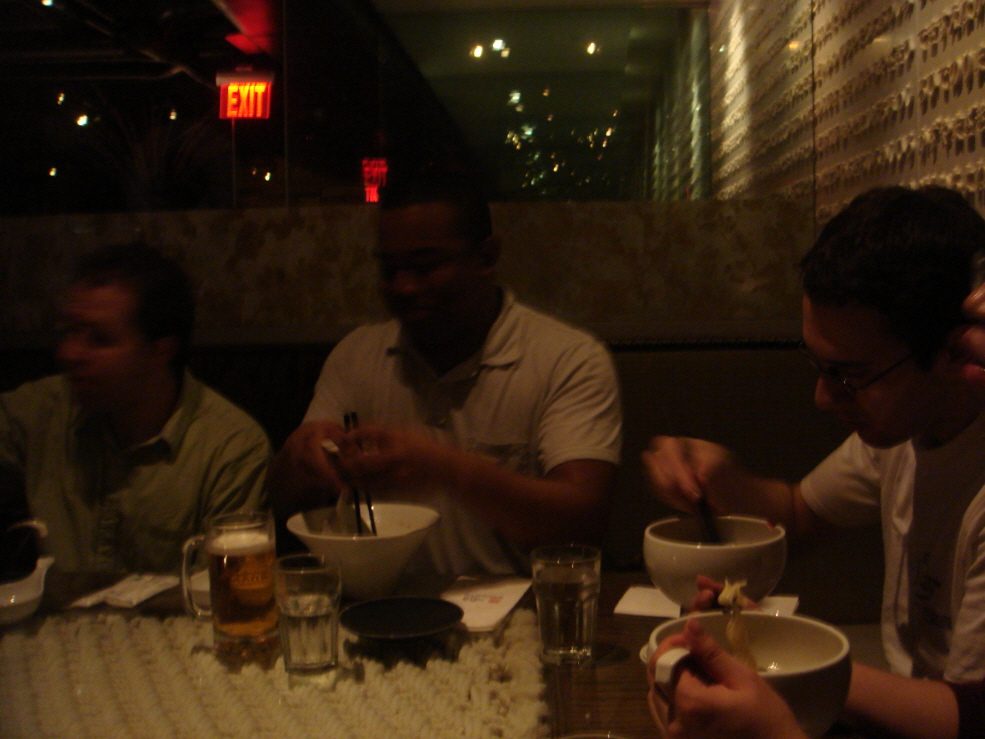 Then, we came back to hotel closer to Airport:
(I know.. we cannot live without computers) 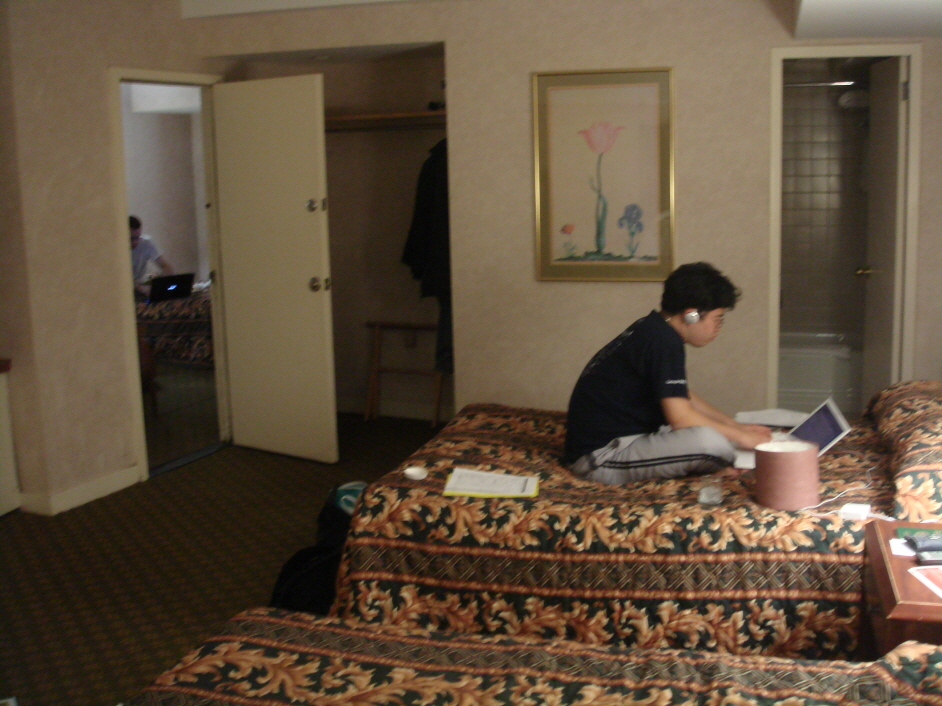 Next day, we split up: I’ve went to NYC (since I lived 4 yrs in jersey) and others haven’t. So, they decided to have a tour.

I just took this picture while walking the street: 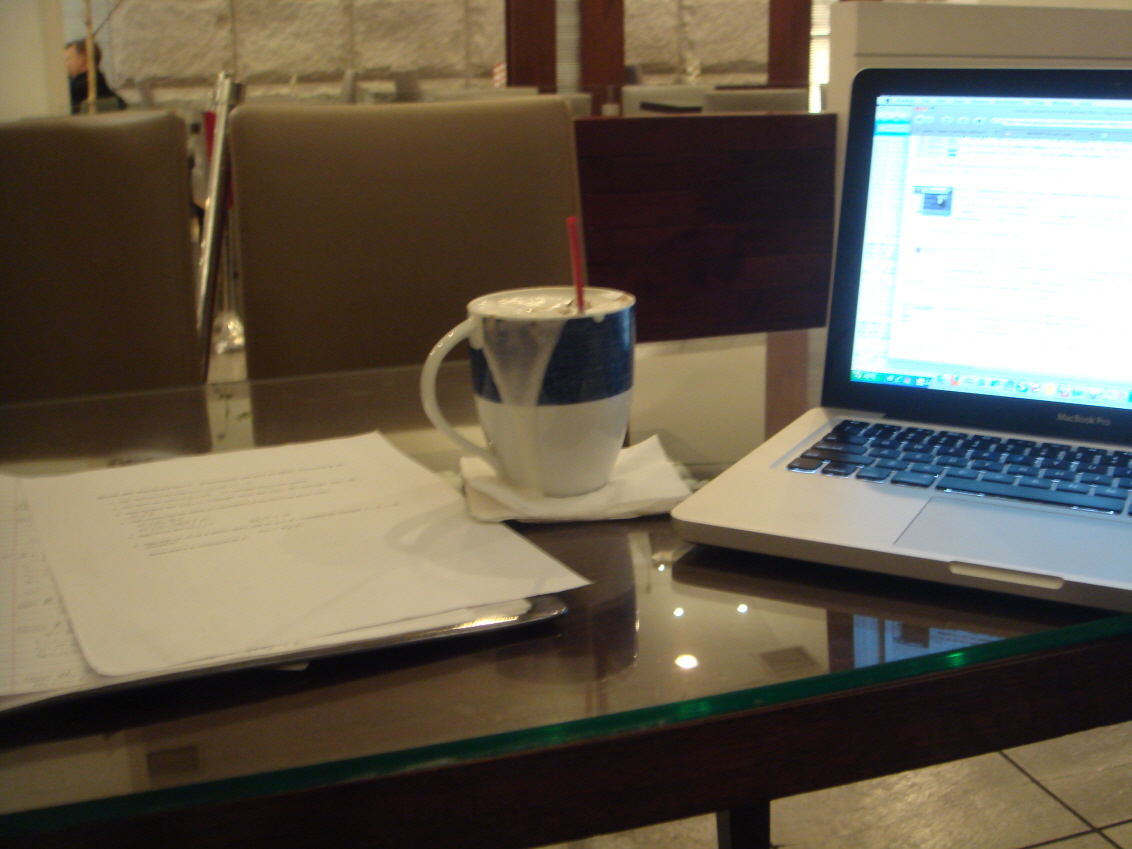 I met few old friends during the day :)
but didn’t have a chance to take pictures, though.

Everyone gathered to Korean Town around 4:00pm, but cuz it was little early for dinner,
we walked around few blocks: 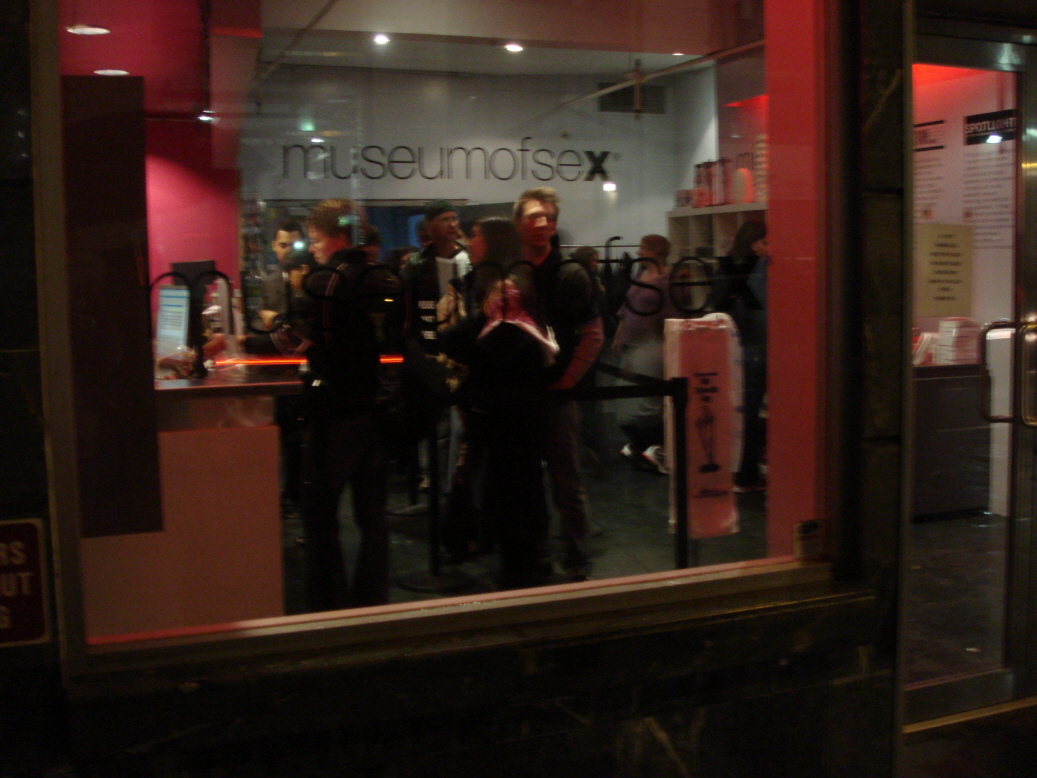 As you can read, it's "museum of sex"

After we had AWESOME Korean food for dinner, we decided to experience some Korean culture ;)
We went to karaoke: It was the first time I’ve ever went to karaoke with non-koreans, but I figured that you can have lots of fun whomever you are going with.

Way back to hotel: Plaque hanging on the wall at CIC