Today, I’m going to explain one of the most critical parts in KakaoTalk: Session Key
KakaoTalk has only one mechanism to authenticate the user. It is the session key that is generated in the process of registering yourself to the KakaoTalk server when you first install on your mobile device. This, then, is stored in the device until the user deletes KakaoTalk.
What’s interesting here is that this session key acts as user identification AND user authentication on server side. Thus, this session does not act the same as the usual ‘web’ session keys, which expires after some time. KakaoTalk Session Key never expire or change — well, I shouldn’t say ‘never’ because there’s a case that the key is purged. It is used throughout until the user deletes his/her account or KakaoTalk app from the phone. (BTW, deleting an app doesn’t cause the account to be deleted.)
As you saw last time, the Session Key is required for every request that is sent to the server, and included in HTTP header with the field name of ‘S’. 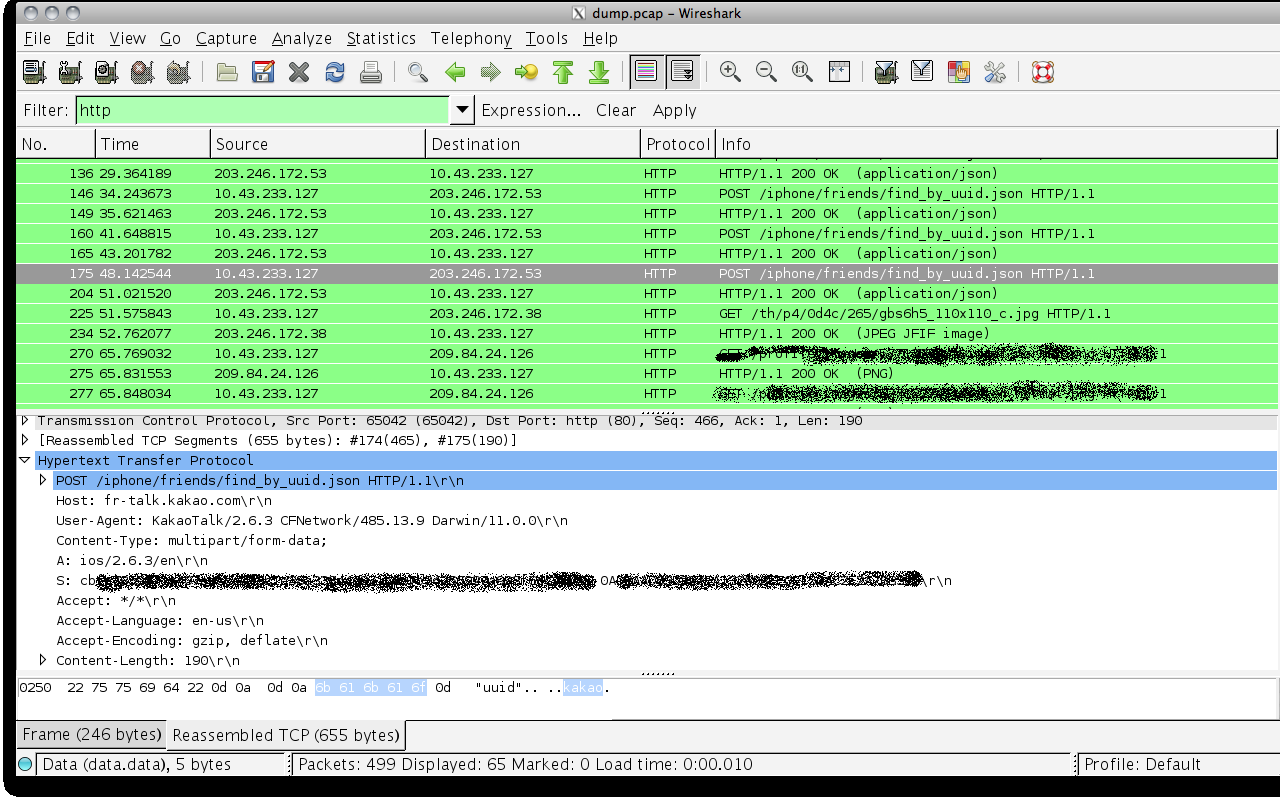 So, how is this key generated, and what does the life cycle of the key look like?
1. Session Key Generation

I mean, their one-factor, fixed token authentication mechanism scares me a little, but I had an impression that they actually somewhat care about security. However, they would need to come up with the better solution to this, since it’s basically game-over situation if someone is able to extract the session key. (You can basically become anyone, and KakaoTalk wouldn’t know shit.)
Anyways, that’s what I have and know about KakaoTalk’s session key system.
I don’t know how they generate the first part, so I wouldn’t go ahead and reverse the algorithm for the second part. If someone knows more about this, feel free to contact me! Maybe we can collaborate to do cool things :p
Thanks for reading!